Oooph is the sound I made when after 3+ hours of trying to kitchener stich a mere inch of 1×1 rib I discovered after a steam block that the back of my vest is too wide/ugly! Like a kick in the guts.  ;-?

Lets backtrack a little and highlight the positive. I am nearly there and the neck didn’t cause me too much grief – though I did re-do the top of one side 3 times to get it down to a 3 bell finish. Overall the front neckline passes muster.

Now the negative. The back of the neck is too wide or something, likely as my back  seams to be narrower than my front. I believe the problem stems from my absolutely brilliant idea to try and add a bit of shaping on to the back. What a mistake. (what a knob)

Look at the top of the vest below. See anything funny?

May I present exhibit one, oh jury of the court?

Note the way the bastard seam curls over to the front? Oh, and if you look closely above, note how the back neck looks a little wavy, like it might be a titch too wide? Yeah. Great. Let the oophing commence.

And below is the horrific kitchener seam at the back of the neck which took so much pain and suffering. 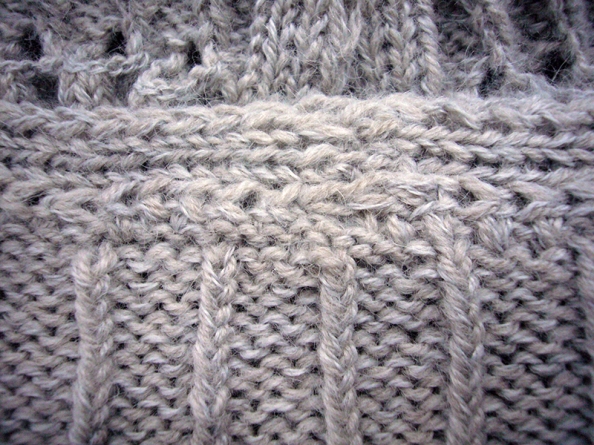 You may be saying ‘it doesn’t look too bad, what is she going on about?’. This is because I also went over bits and duplicate stitched to fake it so that it would look better. All of which I now have to laboriously unpick. Grr. Hisss.

I am tempted to throw in the towel on today as I just don’t feel I can stand any more disappointment, though feel that maybe I should switch to sewing and tackle the bias tape I have been avoiding. (It appears that though I love the look of bias binding, I hate the process!) 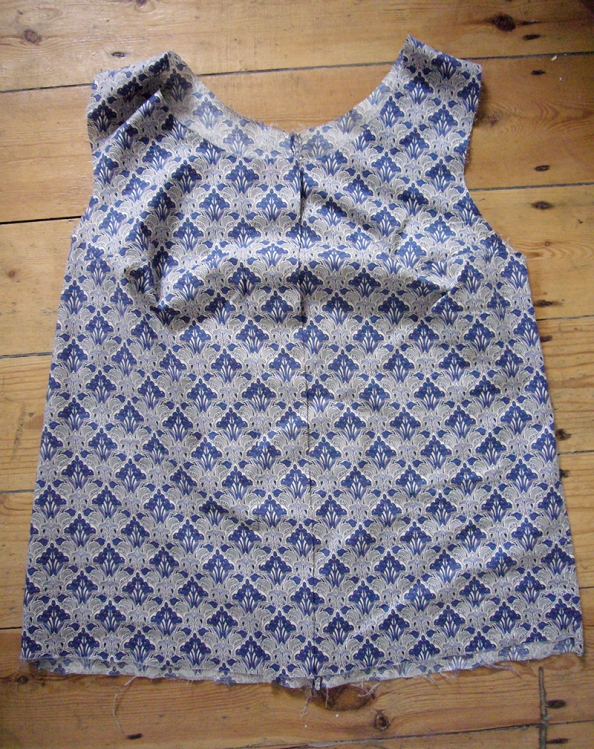 Above is its current state.

I think it best to leave it for the day though.